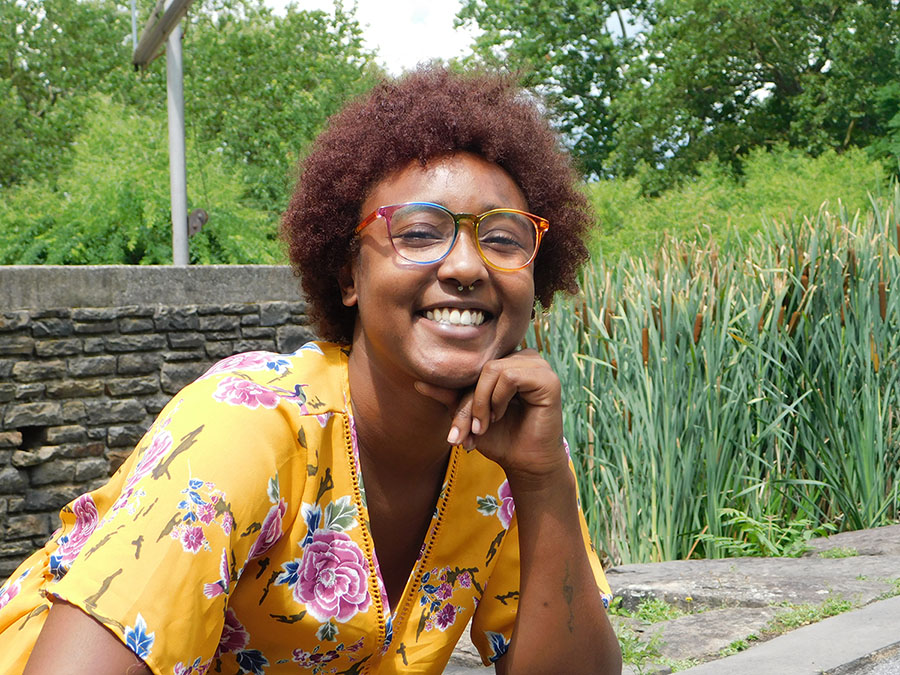 When Tiersa Curry began her journey in higher education at Reading Area Community College, she was unsure of what direction to take. She took a Cultural Anthropology class during the first semester with Dr. Pamela Blakely and thoroughly enjoyed the class. Blakely, who is also the Director of the school’s Honors Program, encouraged her to do an honors contract for the class. Curry was to choose an anthropologist and write a biography about them. Since most of the anthropologists she learned about in class were white, she purposely searched for a Black anthropologist and saw a name that was familiar to her — Zora Neale Hurston. After learning about Hurston’s work in fictional literature, anthropology, and African American folklore and presented her findings to the class, Curry was hooked.

Curry transferred to Kutztown University of Pennsylvania (KU), where she majors in Anthropology and is completing two minor concentrations in Spanish and Women’s, Gender, and Sexuality Studies. With her degree, Curry hopes to travel to South and Central American countries to explore past and present civilizations. Many indigenous groups in South America are losing their culture due to forced assimilation, and she wants to work toward preserving their way of life.

At KU, Curry is a member of the Honors Program. She was a presenter at the fourth KU-sponsored Gender & Sexuality Minorities Conference, presenting a paper titled “Invisible and Disposable: Combatting Violence Against Transgender Women of Color.” Curry was a student moderator for another school event called “How to Have Civic Dialogue in an Age of Hyper-Partisanship” with Pennsylvania State Senators Judy Schwank and David Argall. After graduating in fall 2021, Curry would like to attend graduate school to continue her education in Anthropology and Spanish.

The Curry family home is on a plot of land purchased by her great-grandfather during a time when it was difficult for a Black man to own land. Because of this identity, she feels that she has been active in the issue of racism since she was born.

“As an Anthropology major, I find it imperative to understand and examine people’s experiences in relation to culture. In regard to racism in the past and also in the present, many voices who have spoken out against prejudice have been silenced and their experiences have been erased. Racism is often a subject that is talked about in broader terms, but not really into the detailed history or how it has shaped the lives of those who have been affected. Not enough people understand the outcomes of racism and how it affects a multitude of aspects in people’s daily lives.”

Outside of school and work, one would find Curry knitting and listening to music or outside skateboarding. She is a lifelong learner and enjoys researching topics she doesn’t know much about.

Her wish for the world is for marginalized communities to have better access to the resources they need.

“Mental health resources are one of the most talked about subjects in the media, but it feels like not much has been done within these communities,” Curry said. “Through laws, government action, and the redistribution of funds, it would become a reality for many.”

Going snorkeling in the U.S. Virgin Islands is currently the number one thing on her bucket list.