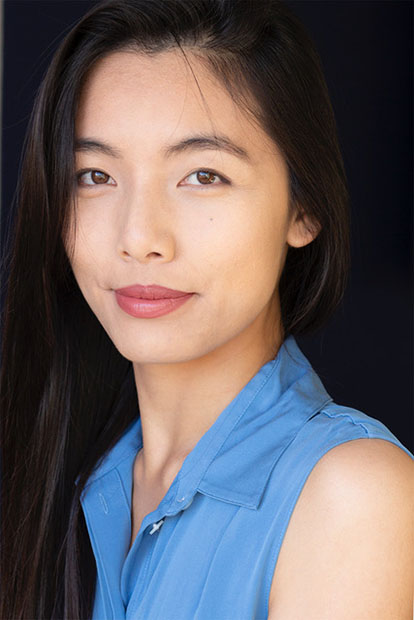 Natalie Dang had always believed she would be a marine biologist. She entered college determined to study the ocean and all its mysteries. After several years, however, she began to struggle drastically and began to think that higher education was not for her. She decided to leave school and explore other interests — and says that this was the best decision she ever made.

During this time of exploration, Dang traveled to India to study yoga. She also visited Vietnam, her parents’ homeland. She followed her creative interests and earned an online certification in Interior Design. Her desire for hand-on learning in this field prompted her to resume higher education, enrolling at Santa Monica College. Because she had been away from school for some time, Dang had to retake some general education courses, two of which she credits for changing her entire perspective — English and Intro to Communications.

As someone who previously faced difficulty with writing, Dang dreaded the English course. But receiving her first-ever “A” on an essay buoyed her spirits. She found a new motivation for her studies and a love for writing. Dang now majors in Social Justice Communications at California State University Los Angeles and expects to graduate in spring 2022. After that, law school is in her plans.

All of Dang’s experiences revealed to her an underlying desire to make people’s lives better. She’s not yet sure where her English degree with take her, but she wants to use it to help create a world where people are treated decently as human beings.

Dang grew up in a bubble in which minorities were the majority and didn’t realize until she was older that the rest of the country was not as integrated as she imagined. Because of this, social just activism still feels new to her. She isn’t sure if what she’s currently doing is making a difference but believes that continuing her studies will allow her to make a greater impact in the future.

“Navigating racism as a second-generation Asian American has been a strange experience, to say the least,” Dang said. “While I have experienced both subtle and obvert forms of racism, I still have to face the burdens of the model minority myth. I’ve questioned myself over and over about where I belong and what my role is. That is why I’m honored to be a part of Writing Wrongs. Finding community with those whom I can learn from and share my thoughts with has been a huge blessing.”

In the past, Dang adopted a “grin and bear it” mentality towards dealing with racism. If she did call it out, she would do so in a passive-aggressive manner. Now, she calls out racist statements when she hears them among people she knows. If she hears racist comments from people she doesn’t know, her method is trying to explain why the statement is false or offensive by offering her perspective. Dang refrains from arguing because she believes that method is ineffective in changing someone’s mind.

“To say that I have never been given the opportunity to contribute would be a lie. I simply have never taken the opportunity. When my professor first mentioned this project, I was hesitant to apply. But then it dawned on me that if I stayed in my comfort zone, I would always be looking at the world from a bubble. Analyzing, criticizing, but never actually doing anything about it.”

Dang’s list of goals is quite long, so her personal wish would be the ability to accomplish all of them.

As for her global wish, Dang said it sounds idealistic, but if everyone could apply respect, compassion, and understanding to the way they approach others and the earth, the world would be a much better place.

To relax, Dang paints, takes her dog to the park and the beach, and visits her parents. Her number one bucket list item is to go diving and see the last living coral reefs in the world. She points out that she needs to learn how to swim first.