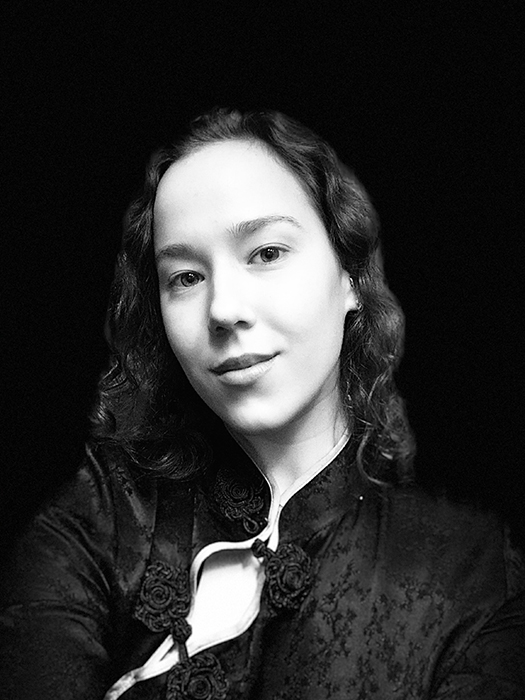 Milena Berestko chose to major in Psychology in the hopes of answering the many questions about the human mind and our capacity for good and evil. And because she has always been drawn to literature, often writing stories and performing them on stage through poetry or acting, Berestko also majors in Theater. She is completing a minor in Women, Gender, and Sexuality Studies.

Berestko has specific plans following her graduation from Lafayette College in spring 2022: She wants to work as a lab technician at the University of Pennsylvania’s Peace & Conflict Neuroscience lab or Stanford University’s SPARQ lab, using her scientific background to analyze and study biases. Regarding her creative work, she wants to ignite hope and curiosity in communities internationally.

Post-graduate goals include pursuing an MFA in creative writing with her thesis being a dystopian novel that addresses the ethical dilemma of licensing parents. Berestko also plans to earn a doctorate degree in social psychology, which will support her research of discrimination, prejudice, and allyship.

At Lafayette, Berestko has worked in the Dyslexia lab for two years, assisting in various experiments and studies related to learning impairments and autism spectrum disorder. She is fascinated with brain anatomy and working in the lab has allowed her to simultaneously perform research in social psychology and neuroscience.

Berestko is a social justice peer educator with Kaleidoscope, an organization at Lafayette “that encourages students to take an active role in promoting intercultural exchange and exploring issues of multiculturalism, equity, and social justice.” Her job is to encourage people to speak about their identities and think about what role they play in society, and to strive for equity. She has led numerous campus workshops in which she engaged in and encouraged difficult conversations about power, privilege, and community. She said that racism is often discussed because once it is defined, it can be easily called out in others and ourselves.

“I will talk about calling myself out on being racist,” Berestko said of the workshops. “I believe that due to the way Western societies are structured, every White/White passing person is racist (to some degree). In moments when I catch myself making assumptions or reacting led by bias, I call myself out, read more, and donate to the communities my bias affected.”

If she were granted one wish, Berestko would ask for a vision of her actualized self because in her truest form, she could make the biggest changes in her communities.

Her all-encompassing wish would be for people to become more empathetic and for an even distribution of wealth. She believes that raising the poverty line and resolving world hunger is not dependent on laws but on the power of the people. Berestko enjoys spending time in nature and outdoor activities. She is also never without pen and paper or a book. The number one thing on her bucket list is to produce her theatrical play “Kintsugi.” It was originally scheduled for production in March 2020 in New York City, but was postponed due to the pandemic.

“At Writing Wrongs, I want to muster the courage to express my approach to transformative justice work and equity philosophy. I want to write so that my immigrant parents understand the importance of standing in solidarity with people of all backgrounds. I want to report on issues carefully analyzing the story I am assigned and work with other students to bring it to life.”