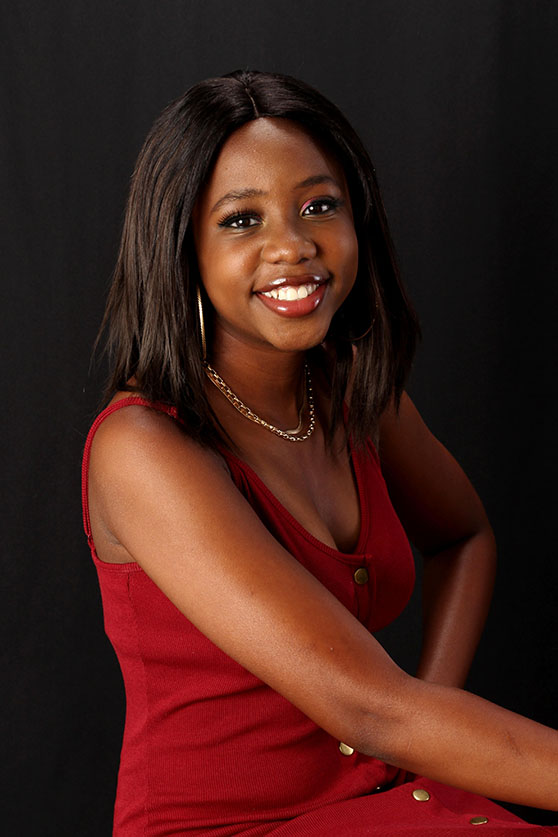 In 2018 and 2019, Chekwubechi Okunowo participated in the Nigeria Model United Nations, serving as serving as the Country Head in 2018 and the Deputy Secretary General the following year. In that position, she assisted in writing a resolution for the conference titled “Discrimination and Violence Towards Migrants.” The experience caused Okunowo to realize how important intercountry relations are.From that point, she knew she wanted a career in international relations, which is now her major at Drew University. Okunowo is completing minor concentrations in Economics and Law and Justice and Society. After graduating in spring 2024, she aims to enter the diplomatic world as an ambassador, perhaps with the United Nations or any of its specialized agencies. Okunowo’s ultimate career goal is to be a motivational speaker and activist to further help people. She has tentative plans to attend law school.

At Drew, Okunowo is a member of the student government. She likes being able to influence decisions made by the administration and helping to make the campus atmosphere more comfortable for all students. As a member of the Black Student Union and the BIPOC Peer Mentoring Center, Okunowo helps to promote diversity on campus and enrich the experience of new students of color.

Okunowo is the founder of HashtagDearYouth, “a youth movement that was formed to make us proactive and sensitive to the things that happen to other people and not just ourselves. Its essence is to make US love and appreciate ourselves, to make OTHERS love and appreciate themselves by spreading kindness and compassion, to make us fight for what we should really be fighting for.” The issues addressed by HashtagDearYouth include sexual assault, pain and heartbreak, gender-based violence, and racism.

“I am African and having seen what it means to be African in Africa, I can only speak for that. I can only speak for what it’s like to be treated as a second-class citizen in one’s own country. Of having the white man worshipped and seeing the Black man suffer. And through all my experiences, as well as those of my friends and what I see in the media, I’ve learned one basic truth: Black people’s experiences are identical across the world, whether they are on their own land or on others’.”

In addition to advocating for other young people, Okunowo has confronted microaggressions personally. She recalls a white friend who would make seemingly innocuous remarks that were actually demeaning. Okunowo spoke to this person an explained how these remarks made her feel. It was hard, she said, and the person was defensive at first, but did make an effort to check her language from that point on.

If she had one wish to be granted, Okunowo would wish for certainty and peace of mind.

“Things not going my way have always given me anxiety,” she said. “I always want to know what the next step is, and I’d definitely wish for the ability to know for sure that something will happen and the ability to just be at peace with that.”

Okunowo would like to see more people understand that love is genuinely what makes the world go round. When people truly love and appreciate one another for who they are, it eliminates many of the world’s current problems.

In her spare time, Okunowo enjoys being transported to a different place through reading novels and watching movies or anime. The top item on her bucket list is to give a public speech to a large group of people in a professional setting.