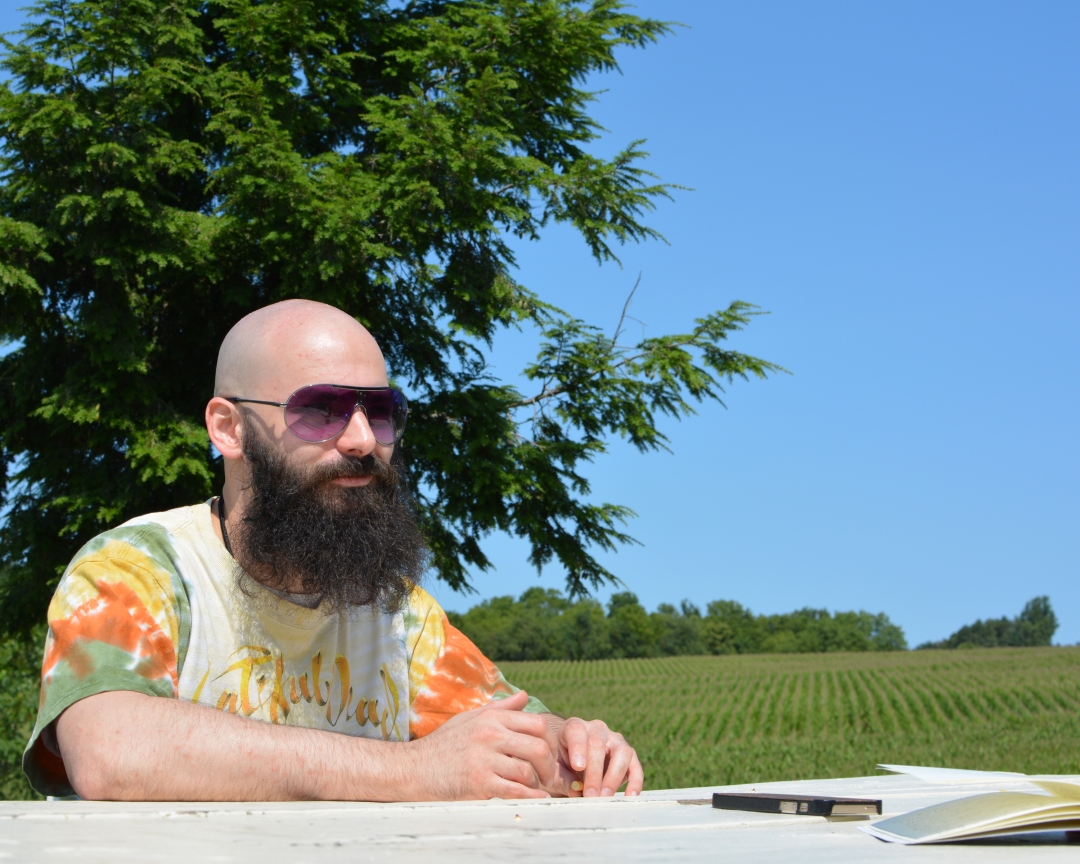 “One time I was up for 14 days without a wink of sleep, I mean not even closing my eyes or nothing,” said Joshua Purcell, 30-year-old resident of Easy Does It (EDI), a transitional housing community for individuals working through addiction. Purcell has only been in the program for three days, having just finished a 14-month sentence at the county jail.
This will be the first professional treatment he has sought for his addiction. “My drug of choice was marijuana and alcohol since I was fourteen,” said Purcell. When he was 27 years old, he switched to methamphetamine.

Purcell has not only been fighting his addiction but also struggled with access to housing and the incarceration system. “I didn’t have a home plan; I was homeless for about eight months before I came to jail this last time,” said Purcell, who had been in and out of jail for the past 10 years. He has faced increasing sentences each time, totaling about four years.

Purcell found the incarceration system to be detrimental to his addiction. “I really don’t think punishment is the way to go to help people. They need to get help with their problem rather than punish them,” said Purcell, who has had much experience with this system. Despite being jailed frequently, he has never received treatment for his addiction until now.

The transition from jail to EDI has been positive. “I was in the hole pretty much the whole time. It’s a big difference because I wasn’t out of my cell out all unless I was handcuffed,” said Purcell. Although he is unsure what to expect at EDI, he has an open mind.

“I really don’t think punishment is the way … to help people.”

At EDI, Purcell is currently on “black out.” This means he cannot go anywhere outside the facility without supervision. He also is not allowed to access his phone or the internet. This system is in place to prevent all new arrivals from relapsing within the first few days at the facility.

It was difficult for him to get into EDI. He had to send multiple applications and have a family member call on his behalf to be considered. “I was just willing inside to make a change,” said Purcell. Getting into a program such as this one is proof of a change in mindset.

“I didn’t think the problem was me and I liked what I was doing. I didn’t think I was hurting anyone, but I was hurting my family,” said Purcell. He has identified a cycle in which he gets out of jail, isolates himself from loved ones and then starts using again. This has been counteractive to his return to full health.

Purcell recalled that it was sometimes difficult to identify the issue because he felt he was managing his life. In reality, he explained, even when he held a job, all his money was being spent on drugs and alcohol. He never was able to plan for the future. “At 18, I joined the Marine Corps. I never thought I’d be not established like I am now,” said Purcell. He hopes to build a foundation for himself and, in particular, work on his money management skills.

One of the things Purcell likes about being here at EDI is being so close to nature. The facility is surrounded by corn fields and rolling hills. There is also a state park near by. He looks forward to hiking and spending time outside. “I love being outside. I can’t wait to live life again. Beats being in a little concrete cell,” said Purcell.

STUDENTS, DO THIS FIRST.

THEN YOU’LL RECEIVE INFO ABOUT THIS.